Recombinant human neurotrophin 3 (NT-3) protein is part of the NGF family of neurotrophic factors. NT-3 promotes differentiation and survival of specific neuronal subpopulations in both the central nervous system and peripheral nervous system.  This growth factor is essential in several protocols related to the survival and differentiation of nerve cells (peripheral neurons and sensory neurons) and glial cells (oligodendrocytes). 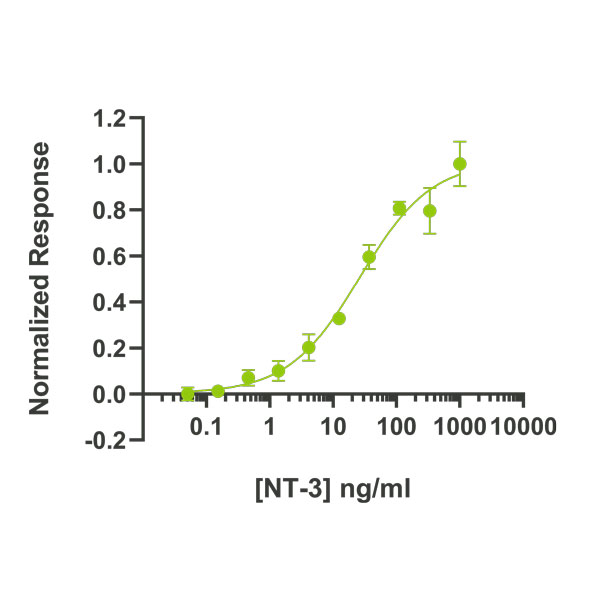 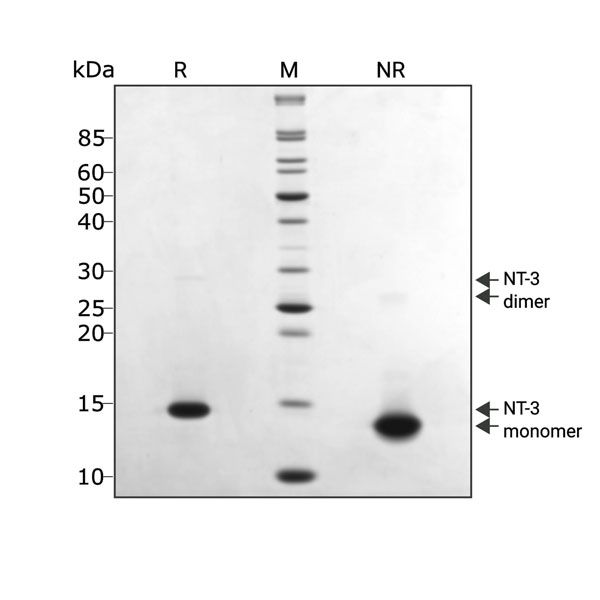 NT-3 is used in the neural stem cell field promoting differentiation and survival of specific neuronal subpopulations in both the central nervous system and peripheral nervous system [1]. This growth factor promotes the survival and differentiation of nerve cells (peripheral neurons [2,3], sensory neurons [4], and spinal motor neurons [5]) and glial cells (oligodendrocytes [6,7,8]). With its wide applications in the nervous system, NT-3 is used in human cortical organoid maturation [9]. It also has a role in endothelial survival [10] and the development of the cardiovascular system [11,12].