A pure 6.3 kDa biologically active mature human epidermal growth factor. Our recombinant EGF protein is manufactured to the highest purity in E. coli and extensively tested, making it ideal for use in chemically defined iPSC, ESC and organoid culture media. 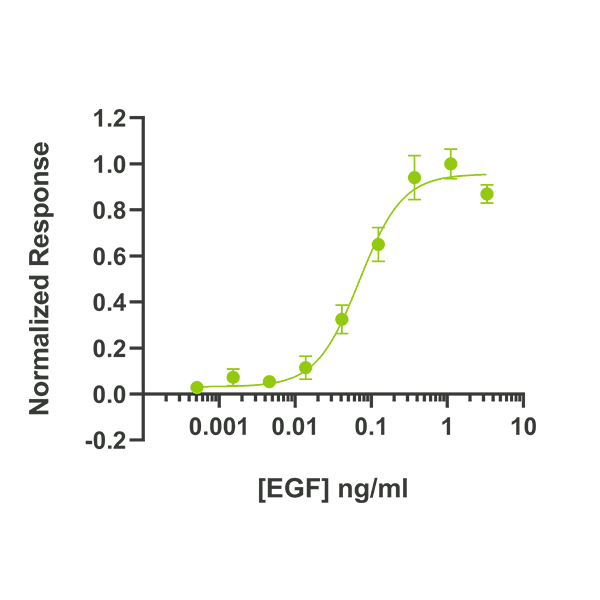 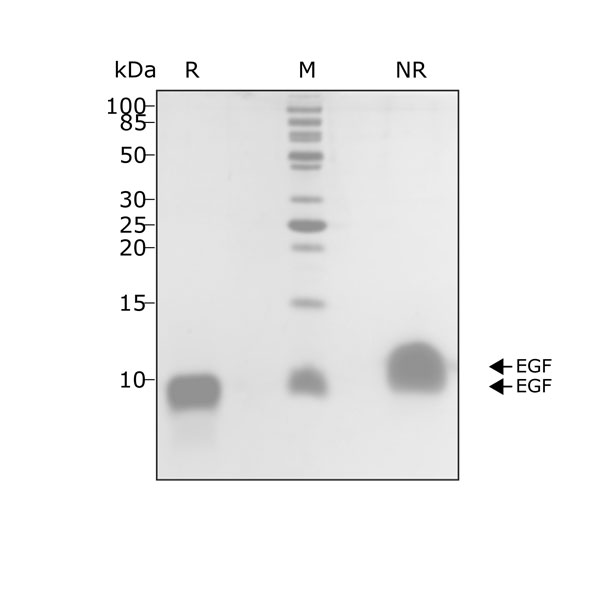 EGF protein migrates as a single band at ~12 kDa in non-reducing (NR) and 9 kDa in reducing (R) conditions.

Recombinant EGF protein is a key component of many organoid media, along with other stem cell niche factors, R-spondin 1, Noggin or Gremlin, Wnt3a and FGF10. In addition, recombinant EGF is used for establishing and maintaining intestine, stomach, liver, pancreas, brain and cancer organoids.