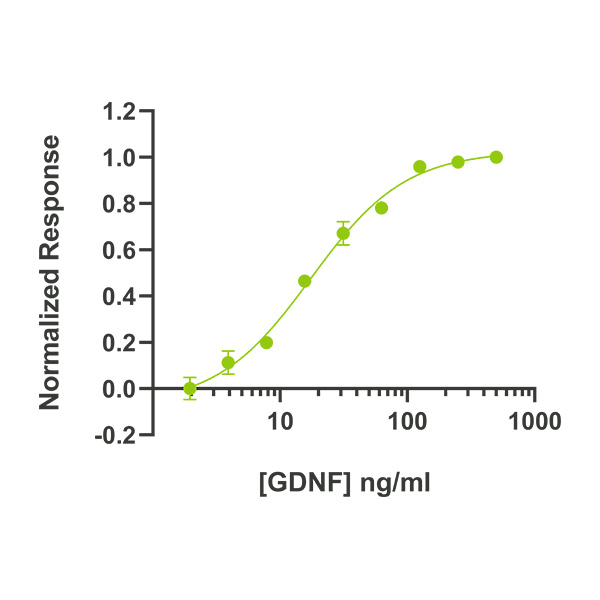 GDNF activity is determined using a SH-SY5Y cell proliferation assay. Cells were incubated with different concentrations of GDNF in the presence of retinoic acid and recombinant GFR α1 for 3 days before viable cell measurement using an MTS assay. Data are n=2. 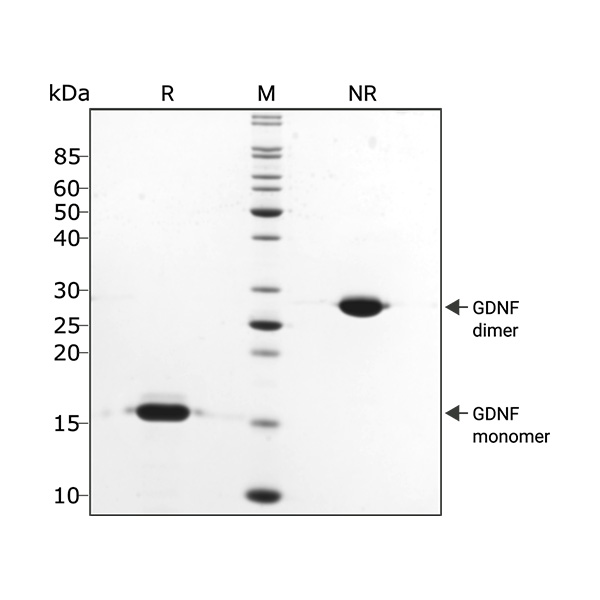 GDNF migrates as a single band at 30 kDa in non-reducing (NR) conditions and 15 kDa upon reduction (R).  No contaminating protein bands are visible. 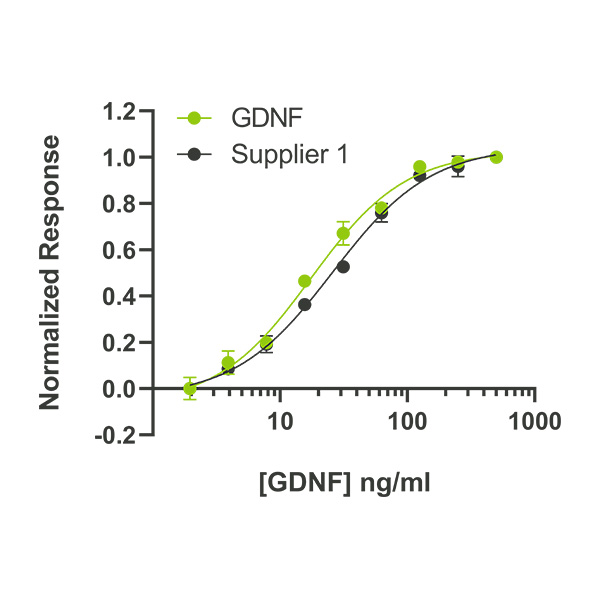 Glial cell line-derived neurotrophic factor (GDNF) is a neurotrophic factor and a member of the GDNF family of ligands (GFL). The GFLs act as biologically active homodimers that signal through the transmembrane receptor tyrosine kinase REarranged during Transfection (RET). GFL activation of RET is dependent upon co-receptors, namely the 4 GDNF Family Receptor α (GFRα1-4). GFL signalling specificity arises from the preferentially binding of each ligand to one of the 4 GFRα receptors; GDNF preferentially binds GFRα1.3

GFLs play roles in a number of biological processes including cell survival, neurite outgrowth, cell differentiation and cell migration.4 GDNF is best known for its role in promoting survival and differentiation of midbrain dopaminergic neurons both in vivo and in vitro,5 and has been proposed as a treatment for numerous neurological conditions including Parkinsons diseases, motor neuron disease, drug addiction, and alcoholism.4