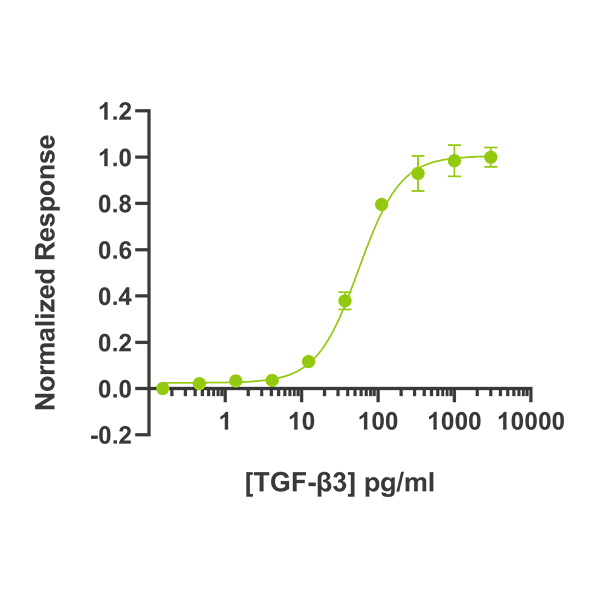 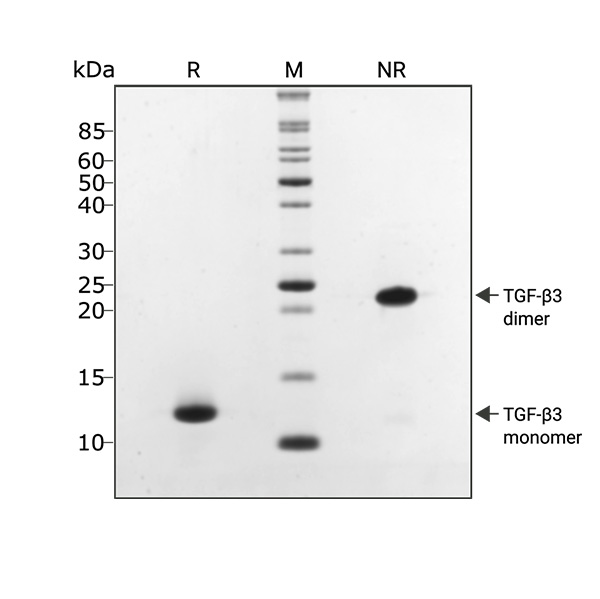 TGF-β3 migrates as a single band at 25 kDa in non-reducing (NR) conditions and 13 kDa upon reduction (R).  No contaminating protein bands are visible. 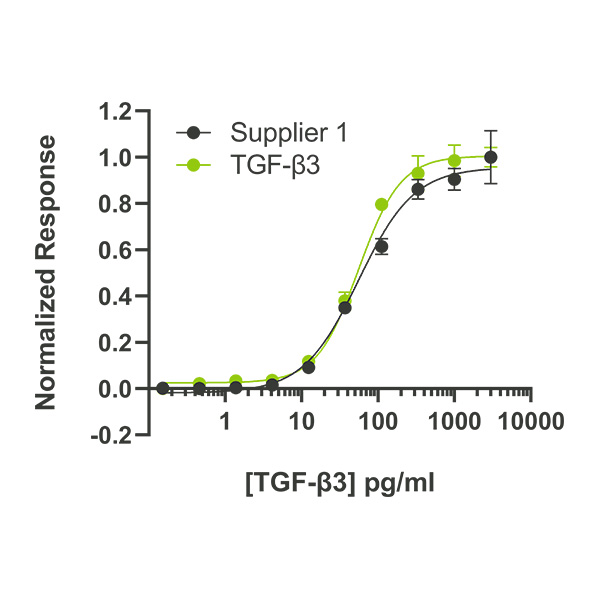 The TGF-β family have a high degree of overlap/redundancy and regulate a variety of cellular functions, including cell survival, proliferation, and differentiation.1 TGF-β3 has isoform-specific roles in embryonic palate fusion4 and wound healing.5

In culture, TGF-β3 is often used in human pluripotent cell maintenance. TGF-β3 is a component of B8 media – the low-cost weekend-free iPSC media developed in the lab of Paul Burridge, Northwestern University.2 In the development of B8 media, Kuo et al.2 proved that while TGF-β1 can maintain iPSCs at 2ng/ml, TGF-β3 can maintain iPSCs in as little as 0.1ng/ml, making it a cost-effective alternative to TGF-β1.