Human R-spondin 1 protein (RSPO1) is the prototypic member of the R-spondin family and is used to potentiate Wnt signalling in many organoid culture systems including intestinal and tumor (cancer) organoid culture. R-spondin 1 is also required for hematopoietic stem cell specification and cancer cell migration and survival.

13kDa highly pure, bioactive domain of human R-spondin 1 comprising the two cysteine-rich furin-like domains of R-spondin 1, which are necessary and sufficient for Wnt signalling potentiation and are the essential domains for activity in stem cell and organoid culture.  Qk006 is animal-free and not glycosylated to ensure production of homogeneous protein and enhanced comparability between batches. Used to replace R-spondin conditioned media for improved reproducibility in chemically defined organoid culture media.

R-spondin 1 LR5 protein (Qk031): a specialized form of R-spondin 1 that specifically binds to the LGR5 receptor, developed in the lab of Marc de la Roche (University of Cambridge). 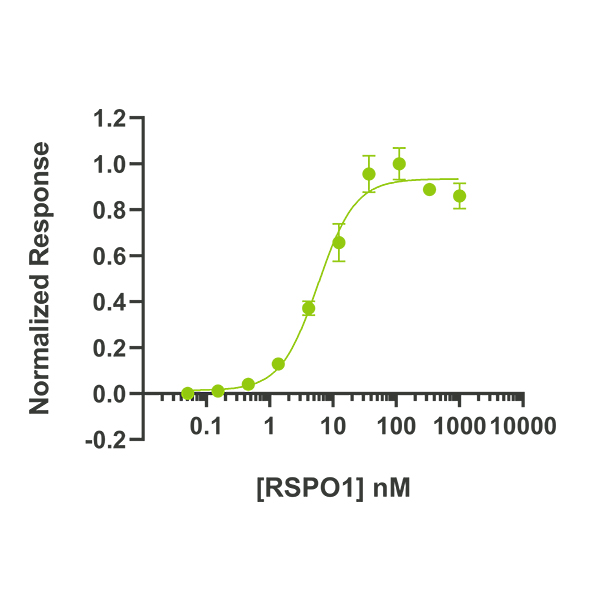 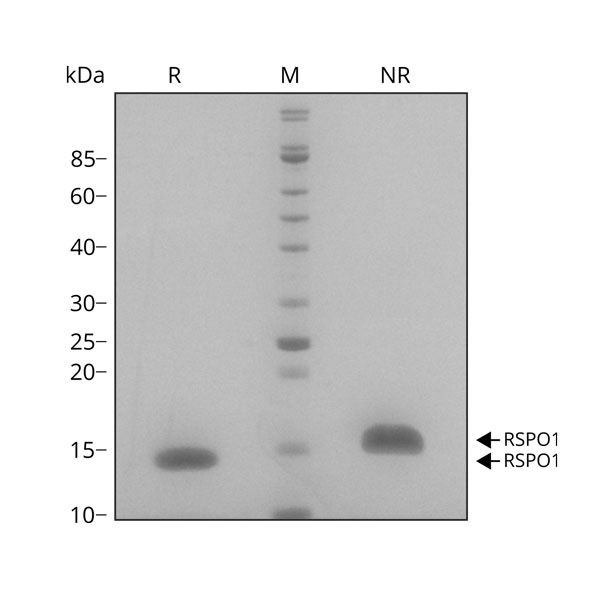 RSPO1 migrates as a single band at 16 kDa in non-reducing (NR) and 13 kDa in reducing (R) conditions. 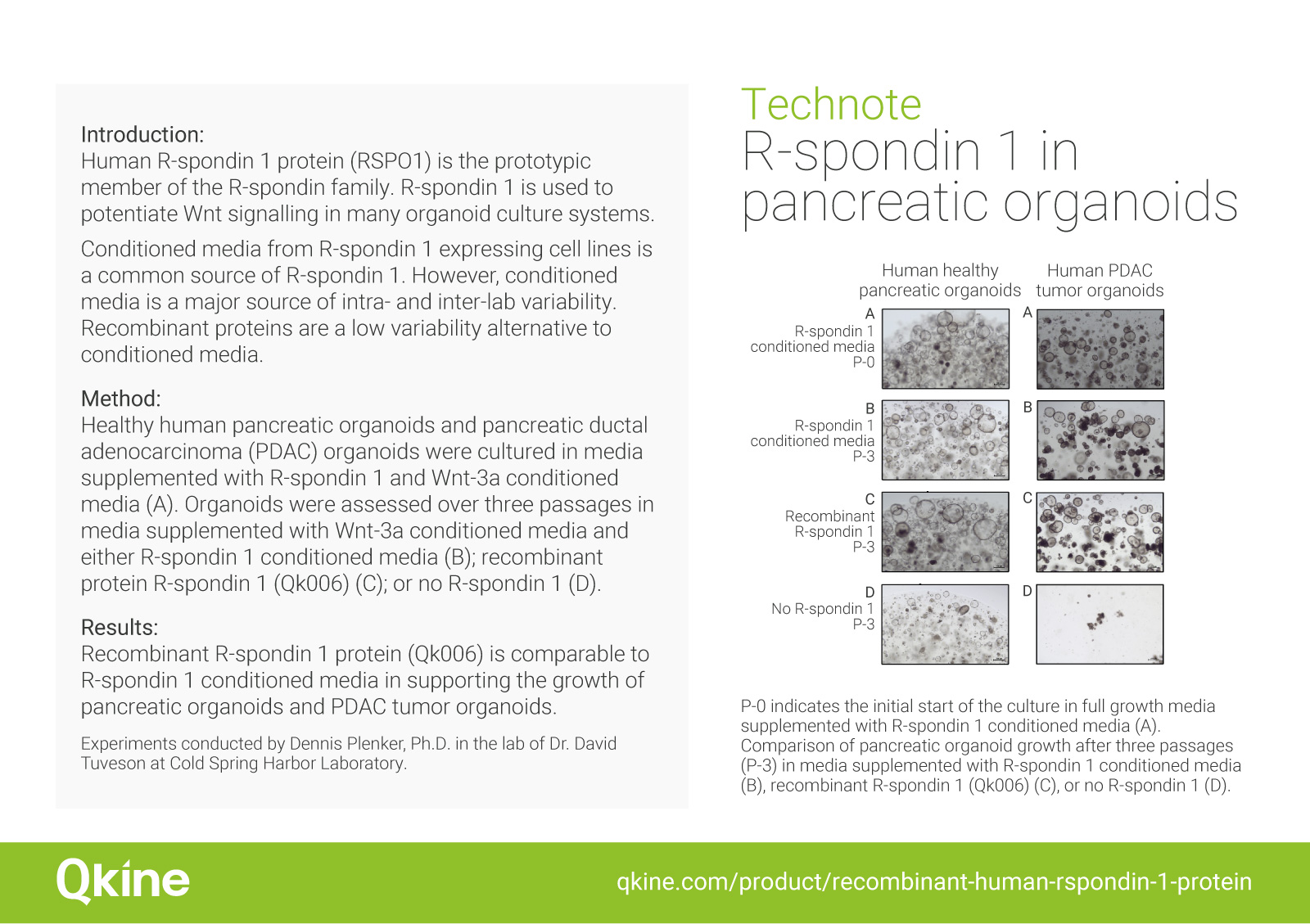 Previous research suggests that the removal of R-spondin 1 from the culture media of urine-derived stem cells leads to loss of kidney progenitor molecules in mice. Therefore, it was hypothesized that the addition of R-spondin 1 to the culture media would result in maintenance of SIX2 progenitor molecules and thus maintenance of the undifferentiated state.

Experiments have been conducted by Lisa Nguyen (MSc) and team in the laboratory of Professor James Adjaye at the Institute for Stem Cell Research and Regenerative Medicine, University of Dusseldorf. 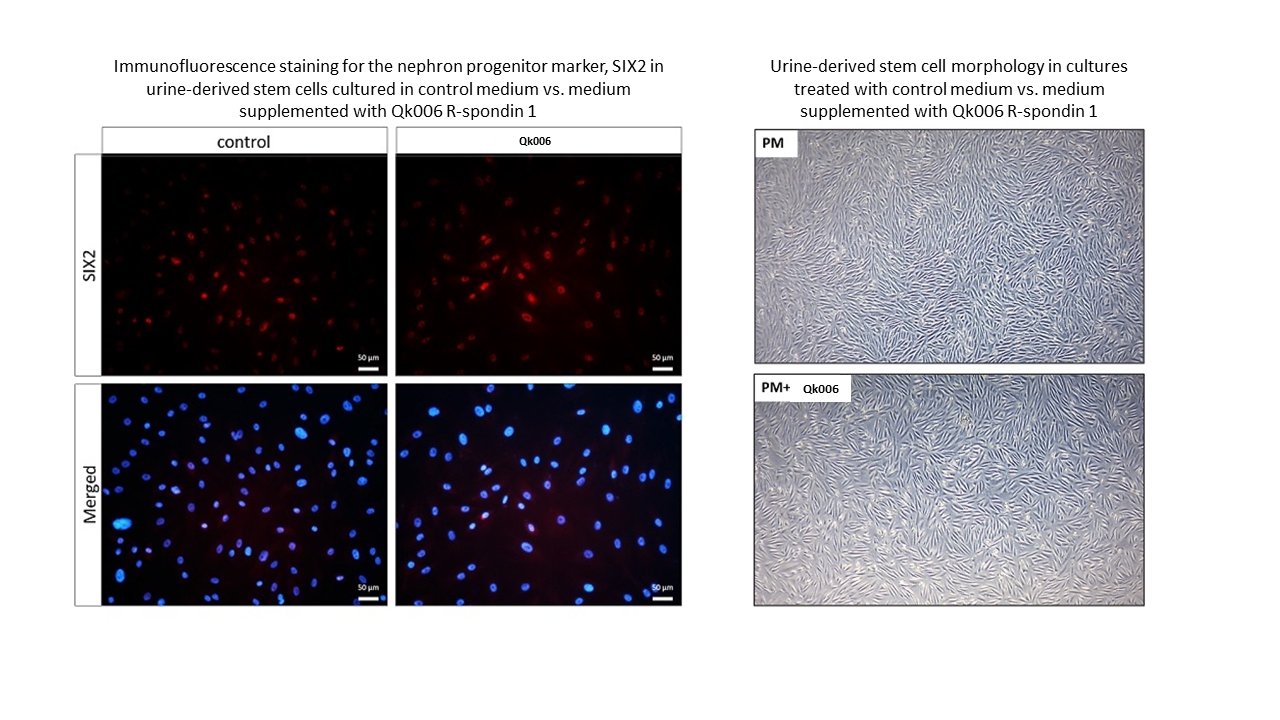