Human FGF-4 protein is used for the proliferation and differentiation of embryonic and induced-pluripotent and tissue (mesenchymal) stem cells and promotes neural stem cell proliferation.  FGF-4 is an important component of cardiac, intestinal and other organoid culture media. 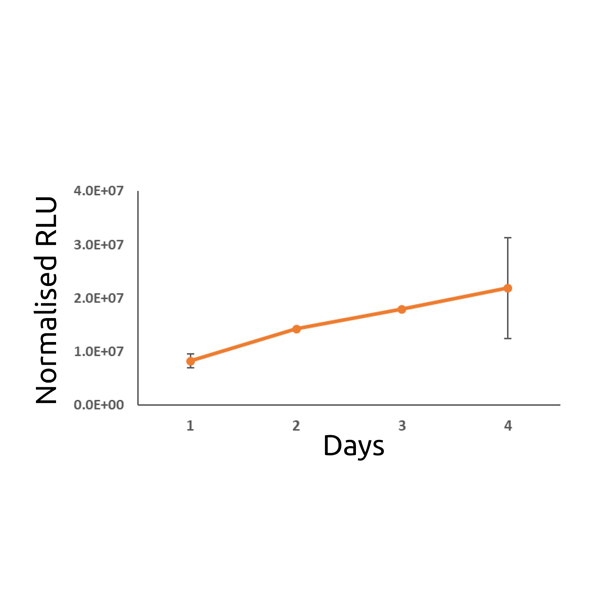 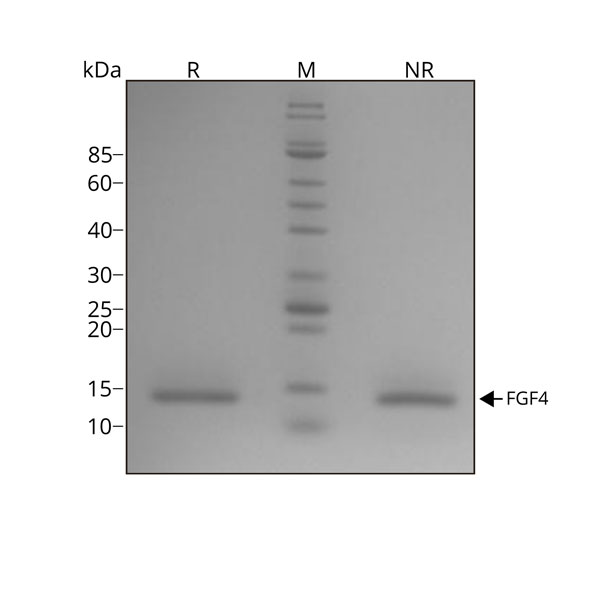 Recombinant human FGF4 protein migrates as a single band at 14 kDa in non-reducing conditions (NR) and upon reduction (R). No contaminating protein bands are visible.

Fibroblast growth factor 4 (FGF4) is a member of the FGF superfamily with a physiological role in the regulation of proliferation and differentiation in embryonic stem cells and tissue stem cells1-3.