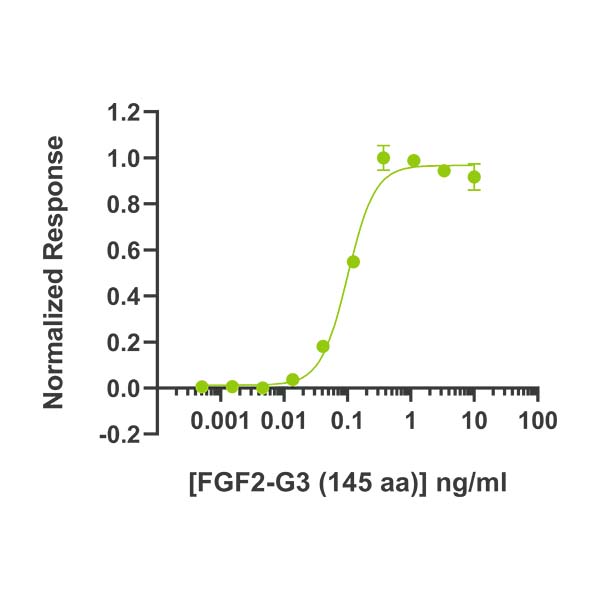 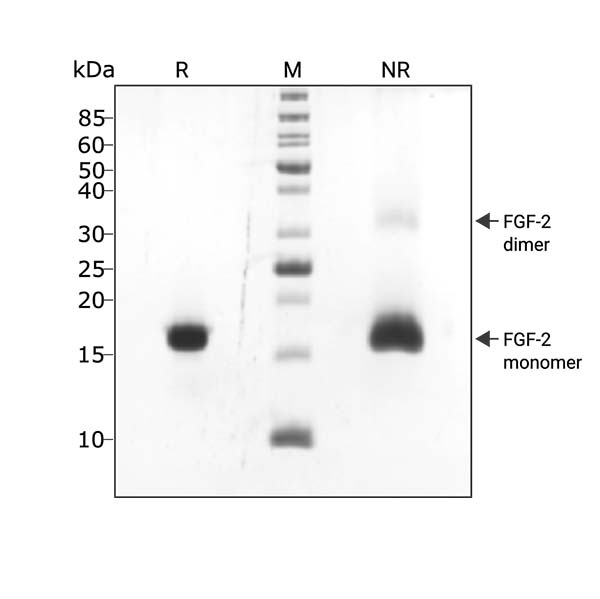 FGF2-G3 (145 aa) migrates as a major band at 16 kDa in non-reducing (NR) conditions.  A small amount of dimer can be seen (higher molecular weight band). Upon reduction (R), only the 16 kDa band is visible.  No contaminating protein bands are present. 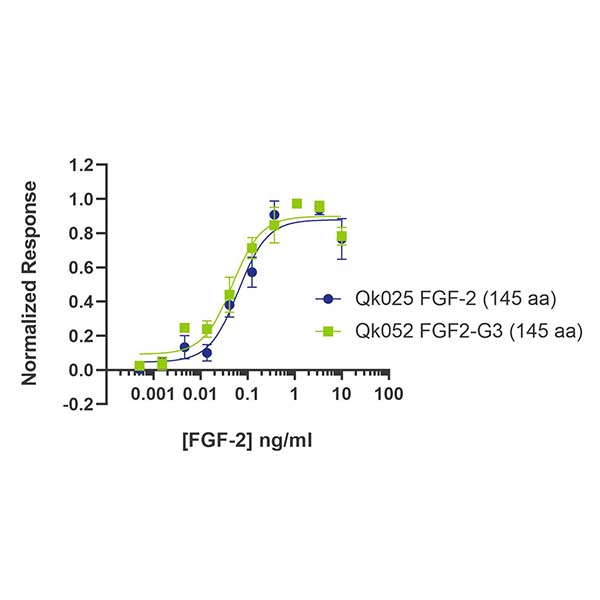 ‘After a long day running samples and analysing data, it was very exciting to see just how stable the FGF2-G3 proteins were. They clearly have more endurance than me!’ – Kerry, Qkine Senior Scientist 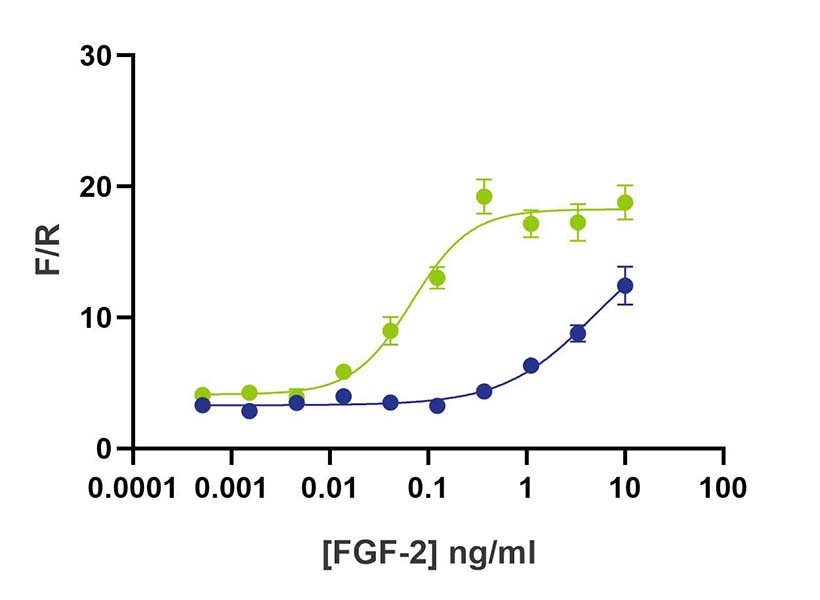 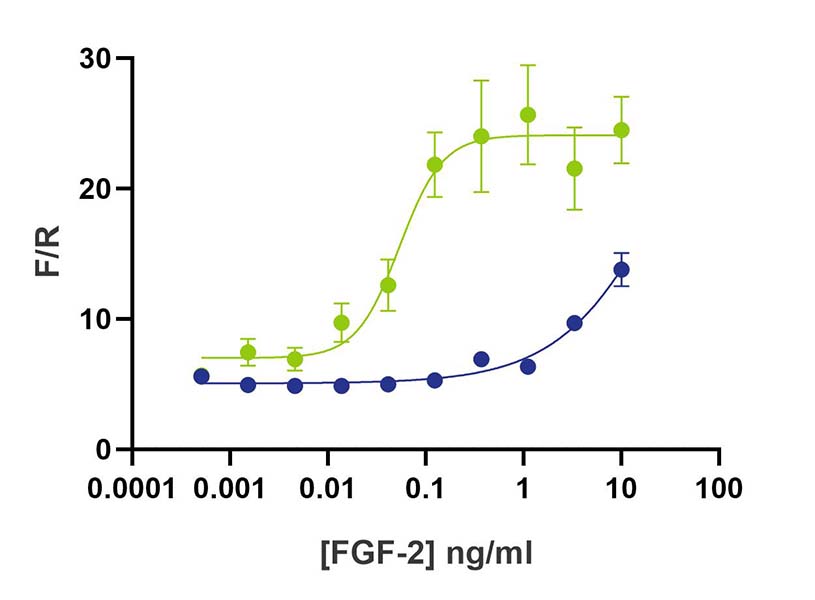 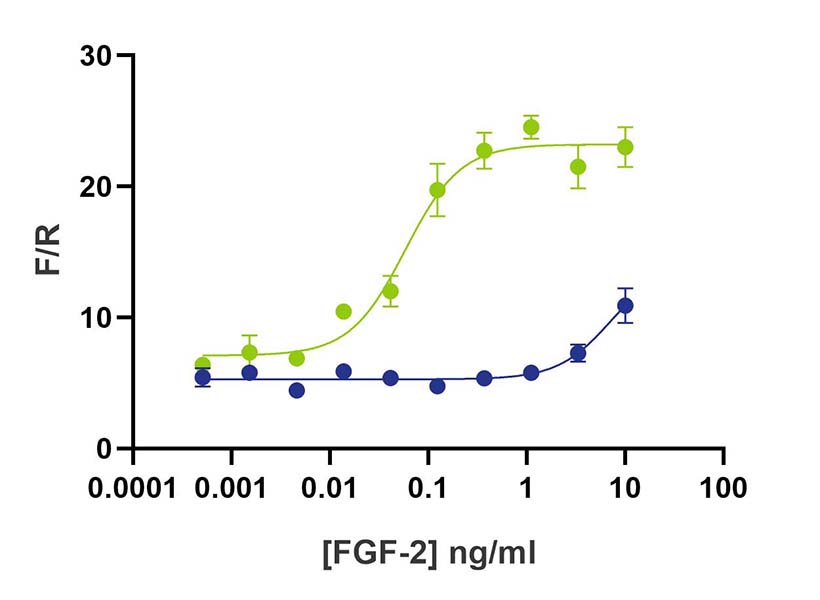 the history of FGF2 and stem cell culture

To improve the stability of FGF-2 for stem cell media and regenerative medicine applications, Dvorak and colleagues at Masaryk University used computer-assisted protein engineering to identify an optimal set of nine amino acid substitutions that stabilize FGF-2. These substitutions were designed to avoid structural changes to the FGF receptor 1 (FGFR1) and FGF receptor 2 (FGFR2) binding sites. This thermostable FGF-2 is known as FGF2-G3, or FGF2-STAB® (Dvorak et al. 2017). The biological activity of wild-type FGF-2 is <50% after 10h incubation with conditioned media. In contrast, no reduction in FGF2-G3 biological activity is observed after >7 days incubation with conditioned media at 37oC. Both FGF2-G3 and wild-type FGF-2 maintain hESC pluripotency and expression of pluripotency markers Oct-4 and nanog with equivalent efficacy (Dvorak et al. 2017).

To manufacture and provide FGF2-G3 for stem cell culture, including use in B8 media and emerging applications such as cultured meat, Qkine has licensed the patented FGF2-G3 technology from Enantis/Masaryk University.  We have combined the excellent science behind the FGF2-G3 technology with our protein manufacture expertise to provide gold standard protein for use in cell culture media.  We have removed His tags present in academic forms of the protein, as these may give rise to issues for scientists translating discoveries to the clinical or scale-up.  His tags also introduce unnecessary scientific uncertainty.

To allow scientists to compare directly with their existing FGF-2, we have introduced the nine amino acid substitutions into the 145 aa form of FGF-2 to produce Qk052 FGF2-G3 (145 aa).  The EC50 of the two forms is equivalent and the half-life is extended from less than 1 day to >3 days. 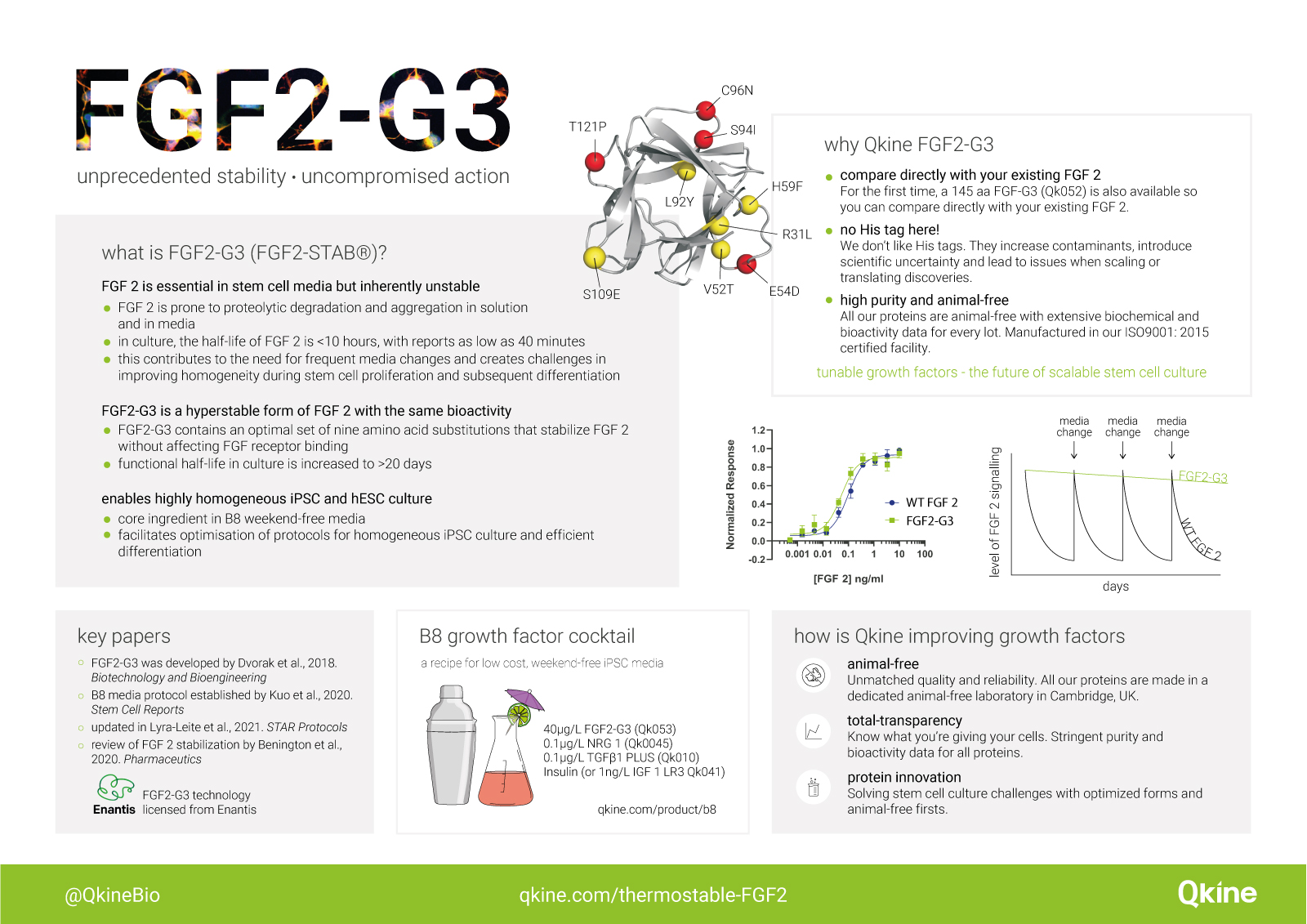 assessment of FGF2-G3 stability and signalling

updated protocol for B8 media